Notes for Guidance of Spectators 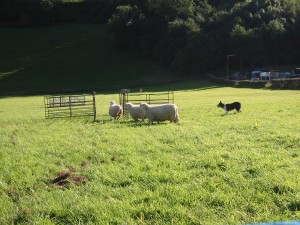 The First Round of the Open Class will consist of the following stages: 1. The Outrun; 2. The Lift; 3. The Fetch; 4. The Drive; and 5. The Pen.
The Final Round will include transit through the Maltese Cross. In the Local Class stage 4 may be omitted, if the Course Director and Judge so decide.

During stages 1 – 4, the Handler must remain at the starting point.

The Dog should start at the Handler’s command without uncertainty or hesitation. He should keep to the same side of the field as that on which he started, running steadily without further command, and without crossing in front of the sheep. He should stop at a point behind the sheep most convenient for the Lift.

After the Handler’s initial command, the sheep should be moved together, steadily without further command or hesitation. 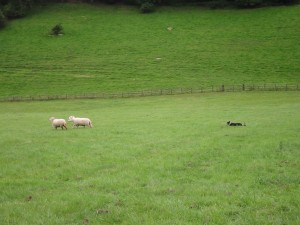 The sheep should be driven by the Dog at a steady walking pace along the most direct route through the hurdles, or Fetch Gate, towards the Handler. Points will be lost for deviation from a straight line, if the sheep scatter, or if they stop.

The sheep are now driven away from the Handler through two sets of hurdles or Drive Gates. A tight turn around the Drive Gates is desirable. When the sheep have been driven through or passed the second Gate, the Handler may leave the starting point and proceed to the Pen. 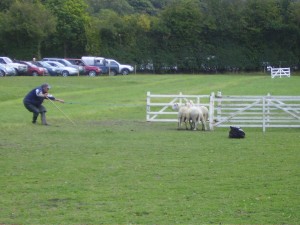 A smooth and trouble-free penning is desirable. Points may be lost if the sheep approach the Pen from the wrong side, if they scatter, if there is poor coordination between Dog and Handler, or if there is excessive work by the Handler. Once the Handler has opened the gate to the Pen, he must not let go of the short rope attached to it until the run is complete, which is when the sheep are penned and the gate is closed behind them.

Any Dog which grips or bites a sheep is disqualified. The Handler must not touch a sheep. A limited time is allowed for each run. 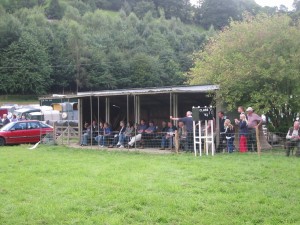 Points are allocated to the various sections, the following being by way of example:

If two competitors tie, the one with the better score for Outrun, Lift, and Fetch takes precedence.

(Note by the late Canon E. G. Owen, Vicar of Glyn Ceiriog, and Secretary of the Society, amended 2009.) 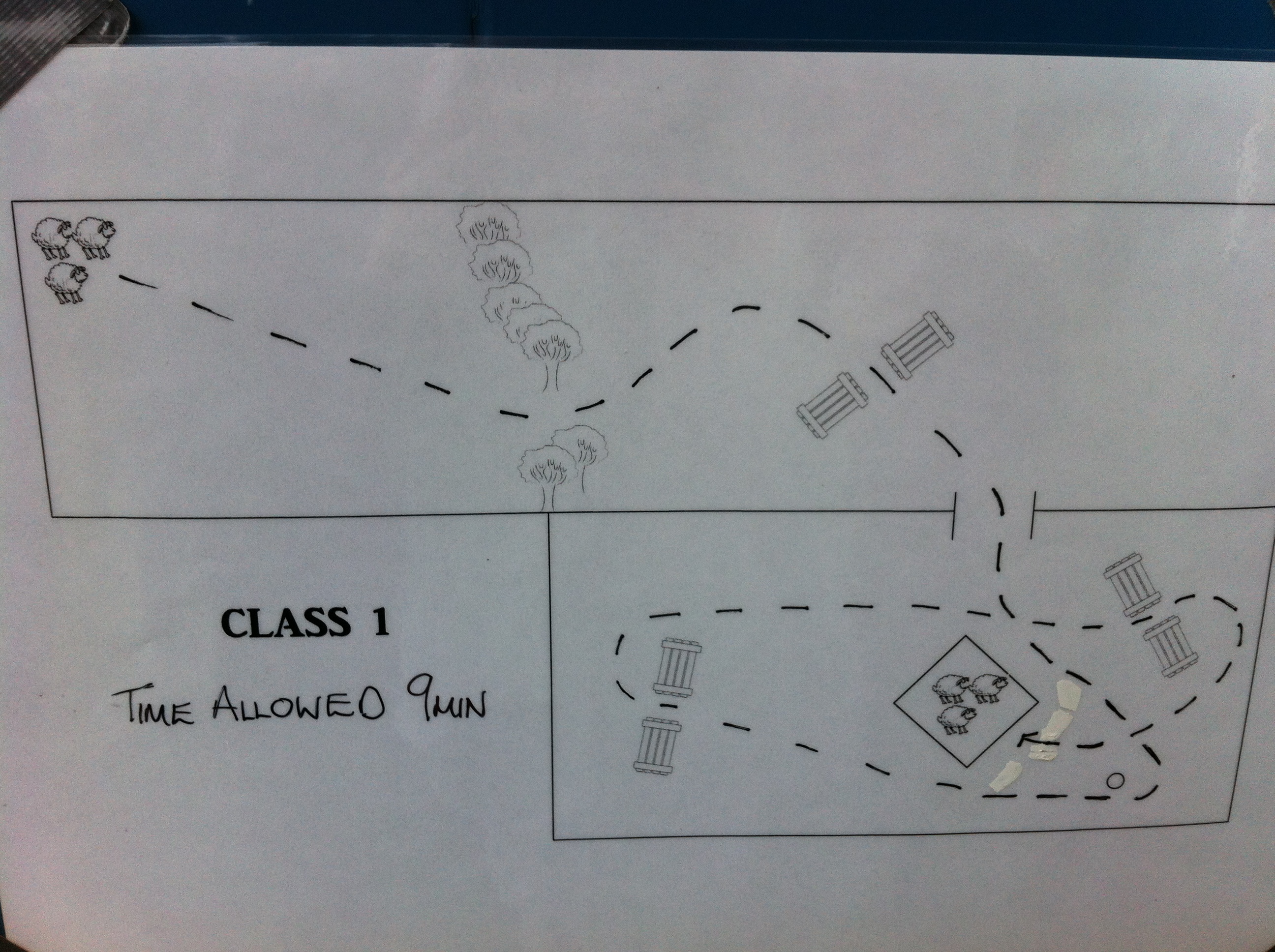 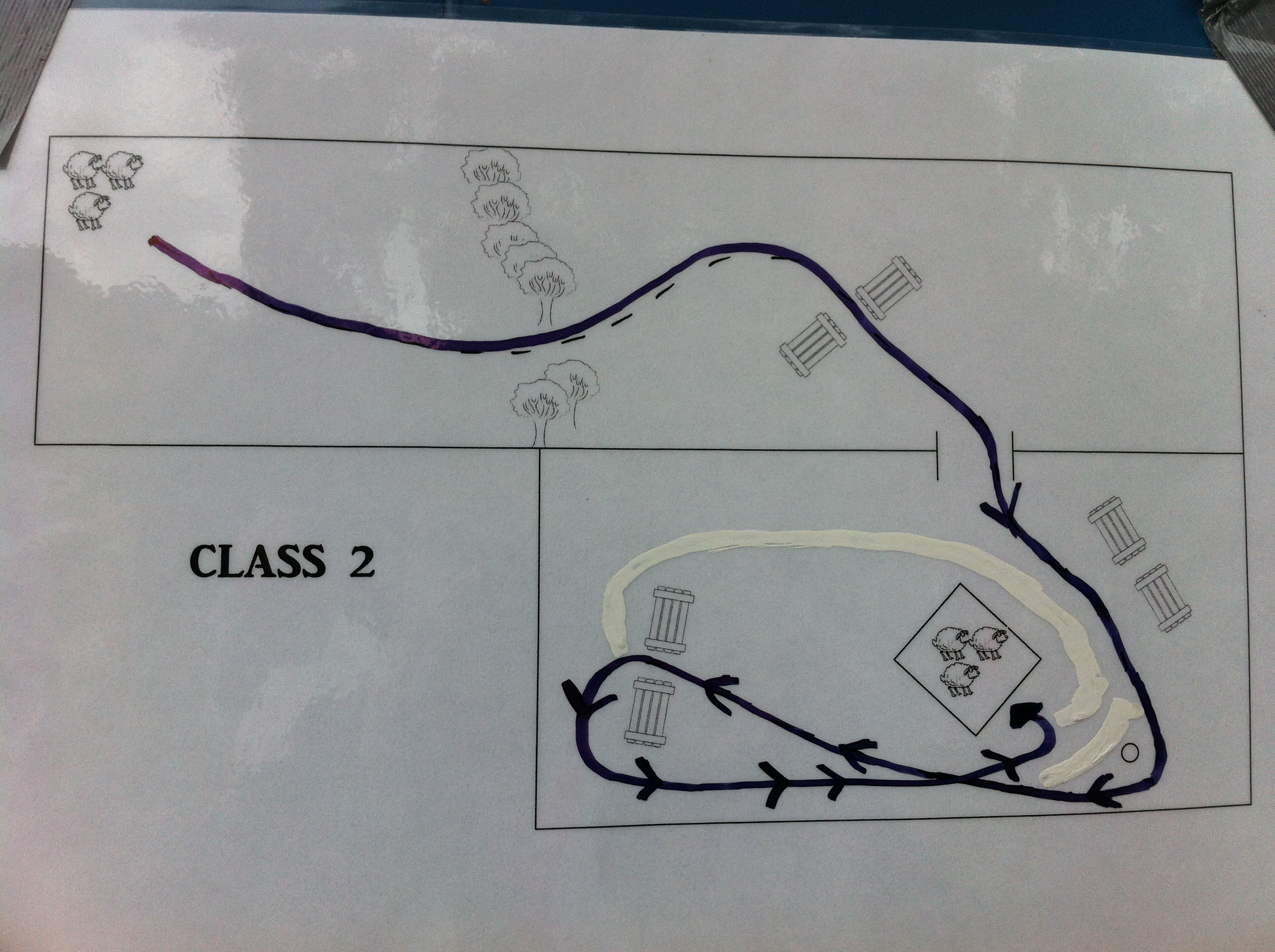 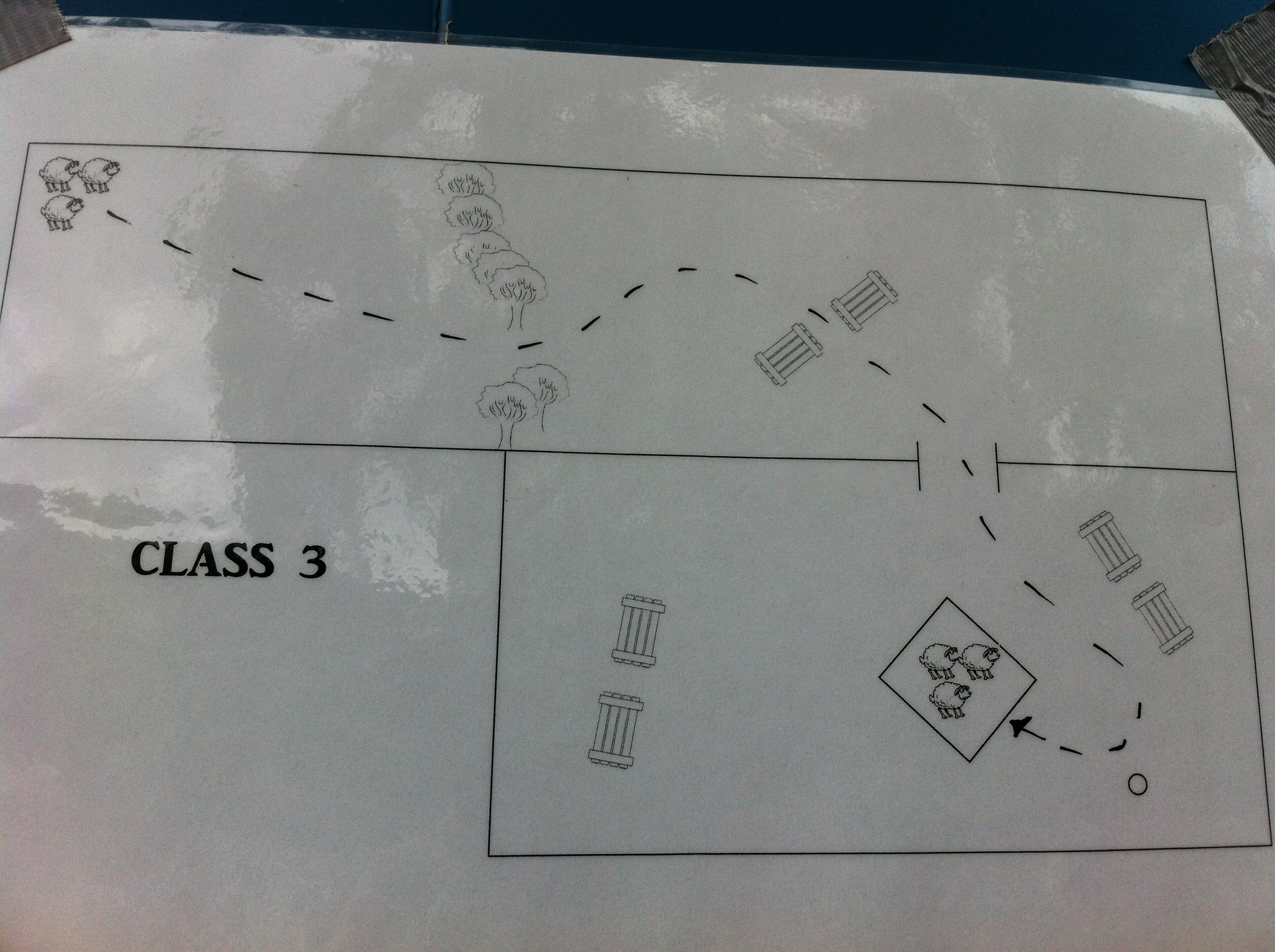