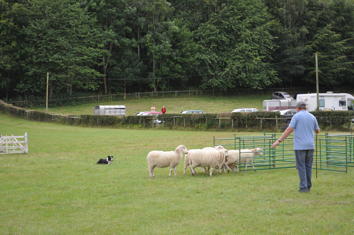 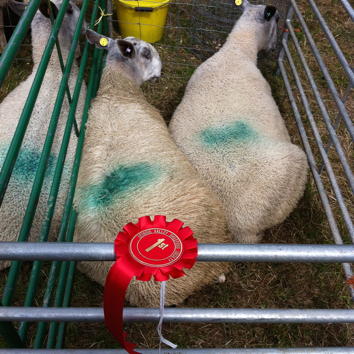 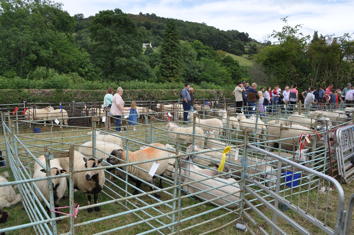 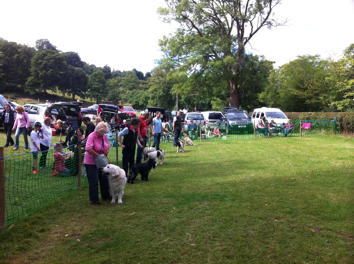 Sunshine and blue skies provided a delightful backdrop to the Ceiriog Valley Sheepdog Trials and Show this year on 28 and 29 August. The Local Class started off the Trials competition on Friday, won by Alun Jones from Selattyn with his dog Spot. The Novice Class followed and was won by Elgan Jones of Llanarmon D.C with Jim. The Open Trials took place on Saturday with an early morning start, welcoming competitors from near and far, including handlers from Belgium and Germany. After a fascinating day of watching the partnership of collies and handlers, first place was secured by Pennant Williams of Treuddyn with Sweep, a North Wales dog with a notable trophy history.

The Sheep Competition was a great success with a huge number of entries, while close by local competitors demonstrated the strength and dexterity of shearing both by machine and hand and the Young Farmers Association ran fun competitions for visitors to take part in.

A happy band looked on as man’s best friends showed off (and showed up!) in the Companion Dog Show amid much smiling, cooing and applause.

The Horse Show was, as always, a crowd-pleasing event with horses and riders of differing ages and abilities dressed in their best for a variety of classes that put them to the test.

Local farriers demonstrating their skills and giving impromptu workshops proved to be a very popular addition to the day, and along with the various local produce and crafts on offer across the fields gave visitors much to see.

The show attracted a great number of visitors of all ages this year who all contributed to the fantastic atmosphere along with the hardworking volunteers who give so much of their time on the day and throughout the year in order to help us enjoy a great couple of days.

The committee would like to extend its gratitude to all these people and to our generous supporters whose donations are what keep us going year upon year. It is only with their consistent support that we can continue to present such an enjoyable showcase of rural life and community spirit that has been running for over a hundred years. Long may it last.
This report was written by Ms Katie Harold, Secretary to the Ceiriog Valley Sheepdog Society. 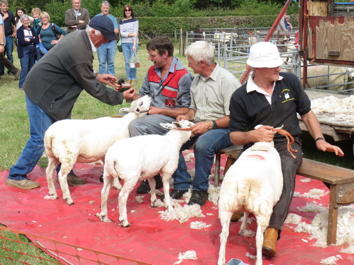